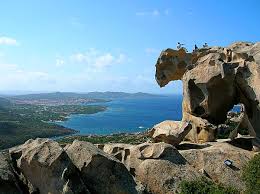 If you’d like to enjoy what’s left of the natural beauty of Sardinia (see right) before the entire island is converted into a ‘fitness centre’ you’d better get a move on. That’s right. Berlusconi’s glove puppet just became governor. New boy Cappellacci is to Berlusconi as Medvedev is to Putin, so don’t expect surprises. In fact, their relationship – in both cases – reminds me of a rather offensive joke about a bad ventriloquist who used to put his hand up his nephew’s arse and tell him to keep his mouth shut. Except that Putin and Berlusconi are clearly considered rather good ventriloquists. 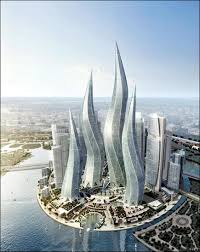 A few days before Eluana Englaro died, some gobby cardinal criticised polls indicating a substantial majority in favour of her death by saying that Italians weren’t that stupid. He was wrong then, but he’s been proved right now.
(OK, the second picture’s actually Dubai, but you get the idea…)

This entry was posted in berlusconi, italy, putin, russia. Bookmark the permalink.