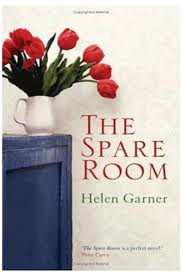 It’s a truism that we no longer know what to do with death, that we skirt it as a source of discomfort and unease, as something extraneous to the business in which we’re so completely, so passionately engaged, that of living our own lives to the full. Death’s antithetical to life, and its enemy; it wipes us out of the picture in a way we’re not prepared to accept. We admire those people who skirmish with death and then return to tell us about it; we call them survivors. We fight for life, we beat disease; it’s all very martial and antagonistic and it’s hard now to imagine ourselves using a more consolatory language or, indeed, one that might recognise the redeeming nature of death, the idea of death as friend, not foe. There are signs of some gentler recognition. The current fondness for the word passing, which seems to have usurped the place of passing away as the euphemism of choice, recognises the need we still have to think of death as a gateway rather than an end. Because that’s how we’d like it. But it doesn’t ring true because so few of us can imagine beyond the gate. I wrote some weeks ago about H.G. Wells’ short story, The Door in the Wall, in which the other place is imagined in all its lushness and tranquillity. It’s a myth, of course, however much we might prefer it not to be. We know that nobody wants to pass, let alone die. It’s as though death had become the most unnatural thing of all, the one thing life can’t countenance.

But maybe this has always been true? Maybe it’s only wishful thinking that posits an age in which people looked calmly on death as the natural culmination of a life well-lived, rather than its brutal, definitively obtrusive denial. Maybe we’ve always raged and fought, and doubted, but had no cultural space in which to say it. Maybe we’ve always been so desperate to live we’d have done anything not to die.

Helen Garner‘s novel is about two women, old friends. The narrator, Helen, has offered her spare room to an old friend of hers, Nicola, for three weeks, while Nicola plans to take a course of alternative cancer treatment involving massive doses of Vitamin C and ‘cupping’. It’s immediately clear that Nicola is far worse than Helen expected and it isn’t long before Helen’s patience is stretched to the limit, not only because of the strain put on her by Nicola’s illness and the devastating effects of the cure, which is immense, but also by Nicola’s fervent belief in the course of treatment she’s undergoing, so obviously both life-threatening in itself and without a shred of medical evidence to support the claims the clinic is making. It’s quackery from start to finish, and Nicola’s refusal to accept this, because to accept it would be to accept death, soon drives a wedge between the two women. It’s a wedge that’s exacerbated by the special claims Nicola makes as fighter, as though her threatened life had an added value as a result. Her conviction that everyone should be contributing to her struggle – should be only too happy to to do so – is one of the most appalling things about her. What Helen wants, and what I, as a reader wanted, is for Nicola to give up, to acquiesce; to acknowledge that she has no choice but to die, and then to do it. It’s a book that has much to say about carer’s guilt, as Helen’s inadequacy and exhaustion – and fury – take over from anything more altruistic. Nicola has no capacity – or need – for empathy. Why should she? Everything centres on her. But it’s the failure of empathy in Helen that frightens most, as it should, because it’s what will happen to us all. It certainly frightens Helen, who says, at one point, ‘My heart was full of holes.’ Everything curves around death, like light around gravity; everything is less substantial, but that everything is all we have and know.

At the heart of the book is selfishness: the situations in which we allow it to ourselves and others. We tend to grant the dying more leeway in these matters, perhaps because we have a sense of the future they’re forbidden; to behave otherwise seems churlish. But Nicola’s selfishness expects to be given that same leeway despite her refusal to die. It’s as though she were making claim on a reserve of understanding that’s been intended for something else, something fatal. Lying to herself, and others, she seems to forfeit her right to have the world revolve around her, and this is what Helen can’t handle. Her brutality, as she sees it, is in direct response to the brutality of Nicola’s blinding, desperate egotism.

The book pulls away at the last, and a sort of dignity is achieved that casts a gentler light on the harsh truths that precede it. But the force of the book comes from those truths, unpalatable but cleansing. DH Lawrence once said that sentiment ‘does dirt on life’; in this novel, Garner strips that dirt away.

This entry was posted in review, Uncategorized and tagged helen garner. Bookmark the permalink.