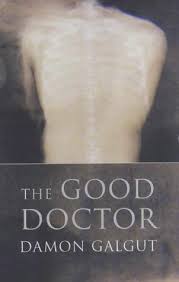 The Man Booker Prize is a mixed blessing. Certainly, from the point of view of someone who writes novels, the publication of the long list is one of those little disappointments that enliven, and embitter, the literary year, providing – at best – a spur to fail better, as Beckett might have said, although probably in a nobler context. On the other hand, it also encourages one to read authors who might not otherwise be read – in my case, Howard Jacobson and Damon Galgut. I’ve been reading Jacobson the columnist for years and always found him refreshingly complex when compared with the simplistic approach of, say, Johann Hari, but I’d never tried a novel before this year. Galgut, on the other hand, I’d never heard of and might not even have bought if Book People hadn’t offered all six shortlisted books for £30. Well, I’m glad I did. Of the two novels I’ve read so far, Galgut’s made by far the deeper impression, which isn’t to say that The Finkler Question didn’t engage and entertain me. But the test of how much an author has grabbed you may be the time it takes you to seek out something else that he or she has written. And on that reckoning Galgut wins hands down.

The Good Doctor is a beautifully paced, sparely written analysis of post-apartheid South Africa, set in a neglected rural hospital in what had once been a homeland and is now more or less abandoned, other than by sporadic attempts by the military to reduce crime in the area. But it’s also the story of a conflict between two ways of understanding change and the possibility of change. I’ve been thinking a great deal recently about personal and political responsibility, and one of the strengths of Galgut’s work, in both this and In a Strange Room, is that it takes on the full ambiguity of what these involve. The contrast between the young idealist, Laurence, whose sense of the individual is subservient to his need for action, and his conviction that such action is both necessary and worthwhile, and the narrator, Frank, weary and compromised despite himself and his better instincts, is drawn with understanding and a ruthless, attentive delicacy. It’s hard not to take sides, and even harder to feel comfortable with the side taken, to such an extent that the good doctor of the title might be either Laurence or Frank. There’s a moment towards the end of the book when the two men, who share a room in the hospital, find themselves occupying each other’s beds: ‘We were in the wrong beds, but somehow that didn’t feel so strange.’

The book’s particularly effective – and I suppose this is unavoidable – when it addresses race. Frank’s relationships with Maria, a black woman who runs a ramshackle shop filled with items for tourists, and with his superior at the hospital, Dr Ngema, lay bare the way colour continues to define individuals, regardless of status. But the most haunting single scene for me is that in which Frank’s father, a successful medical entrepreneur-cum-media figure, insists that his ageing black maid take out a bowl of dying flowers from the room.

‘You’re dropping petals, Betty. All over the place. Please… Please…’

And the old lady in the nice blue uniform set the dying flowers down and got on to her knees. She started crawling across the floor, picking up bits of flowers as she went.

‘There, Betty,’ my father murmured, pointing patiently, ‘…there…another one there…’

This entry was posted in damon galgut, review and tagged damon galgut. Bookmark the permalink.