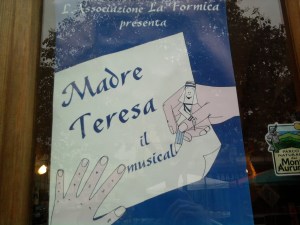 One of the many odd notions peculiar to the religious mindset is that pain is a good thing. This isn’t the same as masochism, which allows that pain is fun, a source of gratification, etc. but does not, I think, claim any higher moral ground for what happens as a stiletto heel grinds down into a crotch (ouch!). When Paola Binetti straps that spiky mediaeval thing around her upper thigh, on the other hand, the rush of pain she achieves is somehow ennobling. And when JP2 gave himself a good flogging in the hush of the papal apartment he wasn’t just being kinky – he was recharging his soul. That’s why the word masochism doesn’t begin to describe the saintly practice of getting a hit from suffering. So I was pleased to discover (from a review of Gilte Legende in the LRB, 3 December 2009) that there’s another term for it, coined by Esther Cohen: Philopassianism. It’s glossed by Barbara Newman thus: ‘It differs from masochism in that pain is valued, not as a perverse source of pleasure, but as a moral and spiritual good’. So where does that put people like Mother Teresa, the subject – as you can see from the picture – of a new musical, who don’t derive much pleasure from their own pain, but thoroughly enjoy that of others? It’s not quite sadism, also a perverse source of pleasure, although it looks worryingly similar.

Maybe it’s a case of Munchausen philopassianism by proxy.

This entry was posted in binetti, pope, religion. Bookmark the permalink.