No corruption? No party! 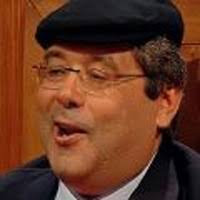 Italian politicians certainly know how to celebrate. Totò Cuffaro, centre right, president of the region of Sicily (see left: modelling a coppola, traditional Sicilian headgear, in a probably mistaken photo-op), was convicted a couple of days ago of having favoured individual Mafia bosses and sentenced to five years in jail. What did he do? Apologise? Resign? Take off his coppola and hang his head in shame? Did he buggery. He waved his fat grasping hands in the air with joy, said he had no intention of leaving his position, then treated his chu 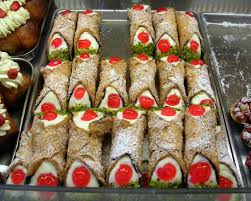 ms and colleagues – and no, you can’t see the join – to champagne and cannoli siciliani (see right: the missing cannolo? Don’t ask). He had every right to be happy, as far as he was concerned. He’d been acquitted, for insufficient evidence, of the far more serious charge of association with the Mafia. Let’s face it. What’s a little favouritism?

If you want to know the answer to that question, ask Clemente Mastella, centre-left Minister of Justice until three days ago. Having been told that both he and his wife were under investigation for big-time favouritism, he actually did the decent thing and resigned. The gloss of this good action is slightly tarnished by three considerations.

First, he’s been itching to do it for months and can now position himself for the next government, increasingly likely as a result of his resignation. Second, he said that neither he nor his wife (president of Campania regional council) had done anything wrong, as in: hey, everyone does it. He can’t see why it’s wrong to use his power to fill important positions with his friends and hangers-on. He just doesn’t get it. Third, he made a speech in parliament in which he declared his own innocence, obviously, and accused the investigating magistrate of, to say the least, malicious incompetence. This, from the (ex-)Minister of Justice.

In any normal parliament, his speech would have been met with embarrassment, scattered boos, a general drift towards the bar. Here, it was greeted with wild cross-party applause. The man’s a hero.

This entry was posted in corruption, italy, mafia, politics. Bookmark the permalink.

4 Responses to No corruption? No party!